Bloomberg: I ‘regret’ impact of police tactics on minorities

Democratic presidential candidate Michael Bloomberg speaks to the media in Phoenix. (AP Photo/Rick Scuteri, File) JACKSON, Miss. (AP) — Michael Bloomberg expressed regret on Tuesday for the impact his hard-line policing tactics had on minorities during his time as New York City mayor and pledged during a meeting with advocates of reform to focus on criminal justice if elected president.

Sen. Kamala Harris is not here for Trump’s Twitter pettiness

Presidential candidate Sen. Kamala Harris' campaign is said to be in trouble (Photo by Paras Griffin/Getty Images) California Sen. Kamala Harris may be out of the presidential running, but she let President Donald Trump know her clap back game is still as strong as ever. After Harris announced yesterday she was ending her presidential run, former Trump campaign manager, Corey Lewandowski, tweeted “Another one bites the dust.

1:45 p.m. ET: Democratic Sen. Kamala Harris told supporters on Tuesday that she was ending her bid for the Democratic presidential nomination in 2020. “I’ve taken stock and looked at this from every angle, and over the last few days have come to one of the hardest decisions of my life,” she wrote in a note to supporters. “My campaign for president simply doesn’t have the financial resources we need to continue.” READ MORE: Kamala Harris introduces bill that extends kids’ school day to 6pm Harris launched her campaign in front of 20,000 people at a chilly, outdoor campaign launch in January. The first woman and first black attorney general and U.S.

‘I know Joe’s heart’: Black voters explain why they are backing Joe Biden

Malls and online retailers aren’t the only ones who saw an increase in activity during the holiday kick-off season. Presidential hopeful Andrew Yang set his own personal campaign record after raising $750,000 on Nov. 30. Yang’s campaign took in more than 18,000 donations to raise more money than any other day during his campaign, according to POLITICO. And he did it without hosting a major fundraising party or pleading with potential donors like other campaigns have done, that he would need to drop out if he didn’t reach his targeted goal. READ MORE: 2020 Presidential candidate Andrew Yang wants mass pardon for nonviolent marijuana convictions 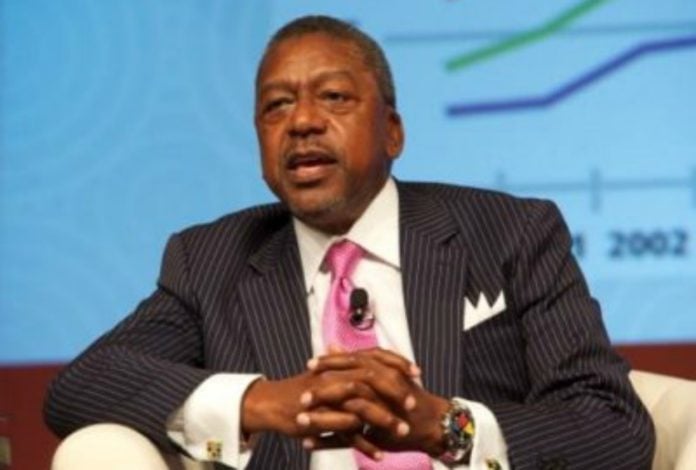 BET Co-Founder Robert Johnson has his own views about Donald Trump. Media mogul and Co-Founder of Black Entertainment Television (BET), Robert Johnson gave an exclusive interview to CNBC this week and didn’t hold his words in discussing the presidential election and his predictions of the outcome.

Rep. Ilhan Omar in Accra, Ghana in July 2019. (AP/Christian Thompson) After tweeting a series of seemingly crude and threatening tweets targeted at Rep. Ilhan Omar (D-Minn), Republican candidate Danielle Stella has been banned from Twitter. Stella, a vocal supporter for Trump who is looking to unseat Rep.

People react after a jury convicted white Chicago police Officer Jason Van Dyke of murder in 2014 shooting of Laquan McDonald (AP Photo/Matt Marton) A witness to the execution of 17-year-old Laquan McDonald, killed by Chicago Police in 2014, has settled with the city after claiming she was intimidated by police officers to change her story.