U.S.-China Trade War Raises Risks of a Real One 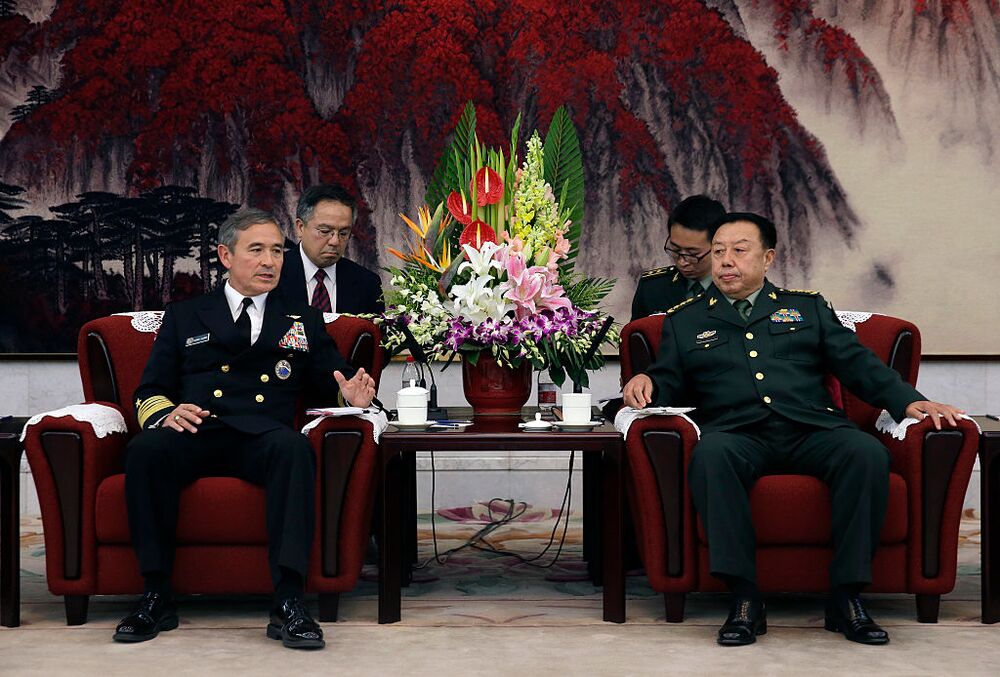 In 1910, British writer Norman Angell published a book titled “The Great Illusion,” which was destined to go down as one of the most mocked volumes in history. The book’s thesis was that countries had grown so economically interdependent that they could no longer afford to engage in long, destructive wars. Angell’s timing was spectacularly bad, as World War I began just a few years after the book came out. Germany and the U.K., two of the chief belligerents, were among each other’s largest trading partners when the war began.

But Angell’s idea wasn't entirely risible; although the European powers didn’t take his advice, they were stupid not to. The two world wars were long and terrible, and most nations endured considerable hardship. In the aftermath of the conflagrations, economic weakness among European nations ultimately put an end to the continent’s global imperial hegemony. Meanwhile, in the decades after the end of WWII, great powers essentially stopped fighting each other -- perhaps because of the threat of nuclear destruction, but possibly also because of a growing realization that in a modern industrialized economy, war has high costs but confers very few material benefits. Even the U.S.’s invasion of oil-rich Iraq ended up being a huge economic loss.

In the present era, a modified version of Angell’s thesis has arisen with respect to the U.S. and China. It’s sometimes argued that because the two nations are so intertwined economically, the chance of a military conflict between them is low. Whereas in the Cold War the U.S. and Soviet economies were mostly separated by trade barriers, and thus had to rely on nuclear threats to keep the peace, the U.S. and China are deeply connected to one another. Various academic studies have asserted that economic interdependence lowers the risk and intensity of violent conflict, especially where the world’s two largest economies are concerned.

The U.S. is China’s largest trading partner by far, while China has been the U.S.’s biggest trading partner since it passed Canada in 2015. Chinese manufactured goods keep consumer prices low for overstretched American households, and provide cheap inputs and capital equipment for U.S. companies. Meanwhile, despite China's big bilateral trade surplus, the country imports a substantial amount of food from the U.S., along with high-value equipment and software that are essential for Chinese tech companies.

Furthermore, China’s central bank holds large amounts of U.S. dollar reserves -- perhaps about $2 trillion out of a total of $3 trillion of foreign exchange reserves (although the exact fraction is classified). In a conflict, some believe, China could dump these bonds, making U.S. borrowing costs rise sharply and throwing the U.S. economy into recession.

So far, despite heightened tensions in the South China Sea and several other flashpoints, the two great powers haven't come to blows. That may be a sign that Angell-style reasoning is prevailing. But as President Donald Trump and other policy makers in both the U.S. and China take actions that reduce the two countries’ economic interdependence, the economic buffer against military conflict is being eroded.

Trump’s tariffs, along with Chinese retaliation, have taken a toll on trade in both directions in the first quarter of 2019:

In response to the threat of a long trade war, as well as rising Chinese costs, U.S. companies are scrambling to diversify their supply chains to Vietnam or other low-wage countries. But even before Trump ignited a trade war, China had been waging its own quieter version, gradually excluding American companies from Chinese markets.

Meanwhile, a second, less visible, but potentially even more important trade dispute is being waged over high-tech industries. The U.S. has targetedHuawei and other Chinese technology companies with export restrictions, denying them crucial American technologies and threatening their viability. China is thinking of retaliating against U.S. companies, including Apple Inc., which assembles its phones in China.

The decline is even more dramatic than these numbers suggest, since China also divested substantially in the U.S., leading to a total net negative FDI of $8 billion in 2018.

Meanwhile, China is slowly reducing its mountain of foreign-exchange reserves:

Furthermore, the failure of U.S. interest rates or inflation to rise so far in response to slow Chinese government divestment from U.S. bonds has convinced some that the threat of dumping U.S. bonds is less disruptive than previously believed.

Thus, the comforting buffer of economic ties between the U.S. and China is eroding at an accelerating pace. The two economies are unlikely to disengage from each other, but it seems clear that they will become less and less indispensable to each other as the trade war drags on. That, in turn, raises the risk of conflict between the world’s two most powerful nations. Norman Angell would have seen it coming.