(Getty Images) This week the Supreme Court went back into session, kicking off what’s expected to be one of the most divisive and controversial terms in recent history. Everything from guns to abortion rights is on the docket, and America will get to see the impact of the addition of Trump-appointee Brett Kavanaugh. Although judges are expected to be politically impartial, Kavanaugh’s contentious confirmation hearing after being accused of sexual assault, left him charging Democrats with unfairly going after his character.

Now, some experts are bracing for a possible “conservative revolution,” after the court overturned two precedents (a highly unusual move) last term, and President Donald Trump has successfully appointed 150 judges to lifetime seats on the bench (whoever told said your vote didn’t matter, lied.)

These are just five of the most-watched cases the highest court in the land will decide on in the months to come. The stakes couldn’t be higher for each, and they will draw out fierce arguments on both sides.

Cable TV giant Comcast is going head-to-head with the National Association of African-American Owned Media, over a claim that Comcast declined to do business with a Black-owned company, Entertainment Studios, due to race.

What makes this battle so important, is that Comcast has taken aim at Section 1981 of the Civil Rights Act of 1866, meant to protect minorities from racial discrimination.

The cable company wants anyone using the law to prove “but-for” causation– meaning that they wouldn’t have been discriminated against “but for” their race.

Considering that many instances of discrimination aren’t that explicit, the interpretation puts a huge burden on plaintiffs to prove their case. It’s a way to kill the protection from discrimination, and conservative Supreme Court Justices may be all for it…

The case for protecting LGBTQ people at work…

Three employment cases are headed to the Supreme Court, and all involve members of the LGBTQ community.

Two men say they were fired for being gay, and one person was fired after transitioning from male to female. 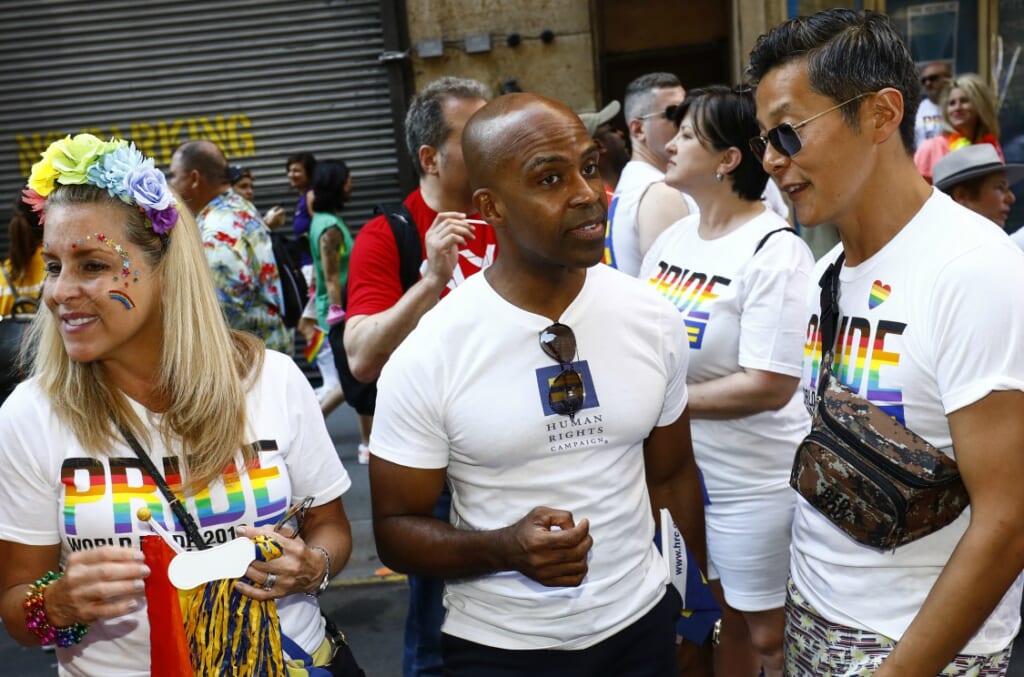 Now the court must decide whether the protection from “sex” discrimination via Title VII of the Civil Rights Act of 1964, applies to sexual orientation.

The case for changing the definition of gun rights…

The New York State Rifle & Pistol Association is suing New York City because its members were restricted from taking guns outside of their homes, despite having licenses.

The court will determine if this regulation undermines the right to bear arms or if the limitation is reasonable.

In an era where mass shootings in America outnumber the days of the year, lobbyists and citizens alike will closely watch the outcome.

The case for keeping open- or shutting down- abortion clinics…

June Medical Services v. Gee is a case coming out of Louisiana which would determine whether strict laws that require extreme licensing for abortion doctors, are just another way to deny the constitutional right to abortion.

It’s very similar to another 2016 case Whole Woman’s Health v. Hellerstedt, in which justices struck down a law that made it nearly impossible for abortion clinics in Texas to stay open.

But with a very different Supreme Court under Trump, the addition of Justices Neil Gorsuch and Brett Kavanaugh giving conservatives an edge, the outcome of this case could be different- and essentially another way to shut down Roe V. Wade.

While the Black community may not instantly come to mind on the issue of border patrol, one Supreme Court case creates an interesting intersection for multiple communities.

READ MORE: A brief history of the Civil Rights Act of 1866 and how it is still used

In 2010, an American Border Patrol agent shot and killed an unarmed 15-year-old Mexican boy playing near the American border.

At the heart of the case, is that the federal agent, Jesus Mesa, Jr., shot across the border at the boy. The U.S. declined to prosecute Mesa or let him go to Mexico where he has been charged with murder, so the boy’s parents took the case to civil court.

But the 1988 Westfall Act protects federal officers from liability under state common law. That act came shortly after a Brooklyn man sued narcotics officers for ransacking his home in a false arrest in 1965.

Whatever the court decides will have huge implications in the space of litigating police brutality.

theGrio is owned by Entertainment Studios.