Sen. Kamala Harris proposes plan to keep guns out of the hands of domestic terrorists 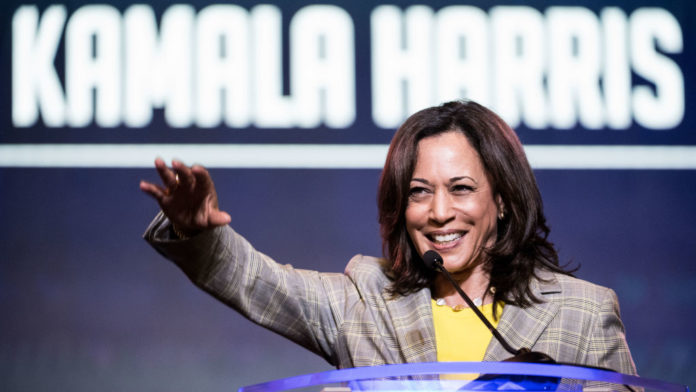 Democratic presidential hopeful Sen. Kamala Harris has just released a plan that will address how to keep guns away from domestic terrorists. It comes in the wake of the two-year anniversary of Charlottesville  and the recent mass shootings in El Paso, Texas, Dayton, Ohio and Gilroy, California in the last few weeks.

Senator Harris, formerly California’s top prosecutor and San Francisco’s district attorney, said that if elected president, she will push for passing a law where an individual could petition the federal courts to temporarily block another person’s access to firearms if that person is suspected of plotting a hate crime or making racist/anti-immigrant threats.

During an appearance on Fox News’Fox & Friends on Wednesday, acting Secretary of Homeland Security Kevin McAleenanconfirmed that “there is a rise” in the number of homegrown, white, racist terrorists, something the Trump administration has failed to confront.

“I think there is a rise in the number of incidents,” McAleenan said. “The FBI director testified last month, about 850 domestic terrorism investigations ongoing, a number of those with racially motivated, violent extremest ideologies behind them.”

Under Harris’ proposal, she plans to:

Create a Domestic Terrorism Prevention Order so law enforcement can petition a federal court to temporarily seize the guns of a domestic terrorist or individual who may imminently perpetrate a hate crime.

“In America, loaded guns should not be a few clicks away for any domestic terrorist with a laptop or smartphone,” said Harris.

“We need to take action to keep guns out of the hands of dangerous people and stop violent, hate-fueled attacks before they happen. By focusing on confronting these domestic terror threats, we can save lives.”

In the plan released by her campaign on Wednesday, Harris vows to invest $2 billion to investigate, disrupt, and prosecute domestic terrorists in her first 100 days in office if she becomes the country’s next POTUS.