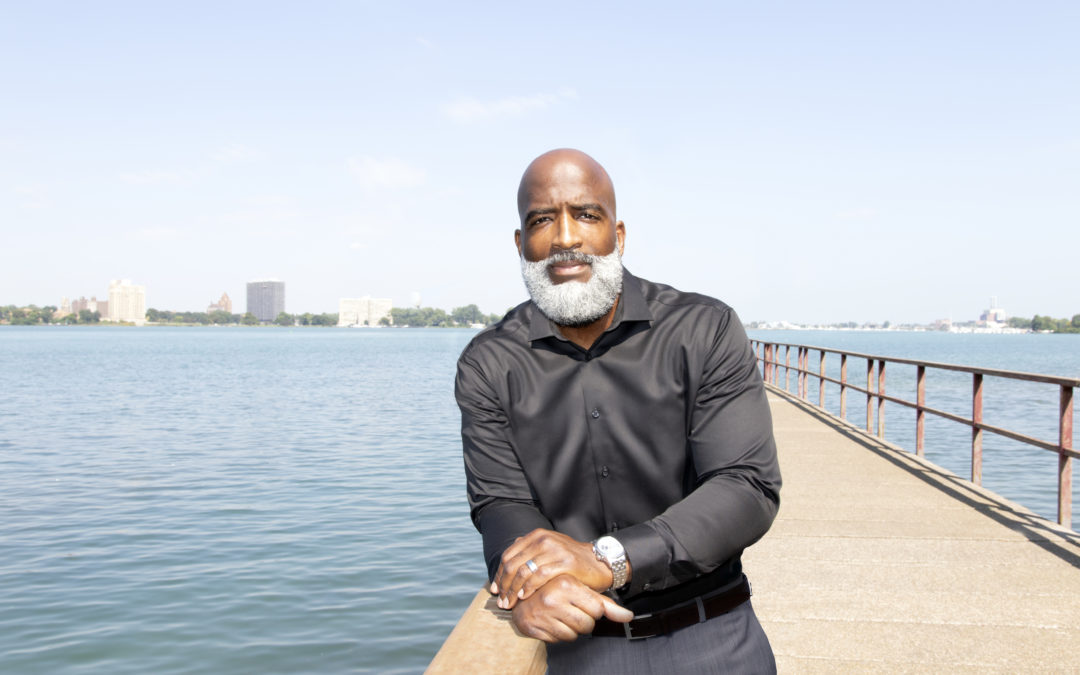 BE MODERN MAN: JASON WILSON
Founder and CEO of The Yunion (pronounced union), Jason Wilson is a proven champion of healthy masculinity with over 14 years of experience in training and developing young black men. Under his leadership, The Yunion has effectively reached more than 10,000 youth and young adults in Metro Detroit. An expert in Emotional Stability Training®, Wilson also created The Cave of Adullam Transformational Training Academy (CATTA). Through his passion and leadership, The CATTA has garnered numerous acknowledgments and awards for their work teaching boys how to introspectively confront and conquer their negative emotions with composure.

Having demonstrated powerful results in improving the life outcomes of black boys and men, Wilson has been frequently celebrated for catalyzing local and national systemic change. In 2015, he received the Campaign for Black Male Achievement Innovation Accelerator Award. In 2016, Wilson received the President’s Volunteer Service Award in Washington D.C. Wilson has also been a guest on The Dr. Oz Show, where he discussed his Emotional Stability Training® approach. In 2016, Wilson was a presenter at the White House for the My Brother’s Keeper Showcase presented by then-President Barack Obama. Most recently, The Cave of Adullam Transformational Training Academy was awarded the Chick Fil-A’s True Inspiration Award for its innovative approach to emotional and mental health for males.

Personally, one of Wilson’s greatest achievements is his family, as husband of over 20 years to his wife, Nicole and a proud father of two beautiful children, Alexis and Jason II.

HOW HAVE YOU TURNED STRUGGLE INTO SUCCESS? The Cave of Adullam (CATTA) was formed through struggle. I didn’t let the pain of growing up without a father hinder the creation of The CATTA, which allowed me to serve as a surrogate father to many young men across the nation.

WHO WAS YOUR GREATEST ROLE MODEL? My mother was my greatest role model. She taught me how to live from my heart and how to be a servant to those in need.

WHAT’S THE BEST ADVICE YOU’VE EVER RECEIVED? Be what you didn’t see.

HOW ARE YOU PAYING IT FORWARD TO SUPPORT OTHER BLACK MALES? I teach, train, and transform uninitiated boys into comprehensive men of the most high. Men who are physically conscious, mentally astute, and spiritually strong enough to navigate through the pressures of this world without succumbing to their negative emotions.

HOW DO YOU DEFINE MANHOOD? Being anything and everything you have to be at any given moment defines manhood. Healthy masculinity is about living a comprehensive life instead of one only defined by masculinity.

WHAT DO YOU LIKE MOST ABOUT BEING A BLACK MAN? I value my history. I’m extremely proud to be in the lineage of kings, queens, inventors, and change agents. I’m proud of all that my people accomplished pre-slavery, their fortitude to persevere through slavery and their fight to overcome injustice today.
Tweet
Read 330 times Last modified on Friday, 31 May 2019 08:44
Published in Style