(Photo by Leon Bennett/Getty Images) Paramount Pictures just dropped the first official trailer for its upcoming flick, Body Cam, and in it, we see Mary J. Blige playing a cop on a mission. The supernatural thriller that stars the Grammy-winning artist alongside Anika Noni Rose, Nat Wolff, and David Zayas was supposed to be released in theaters, but those plans were thwarted by the coronavirus crisis. Now, the film will debut digitally through Paramount Players in association with BET Films and will be available for digital purchase on May 19.

(Photo by Kevin Winter/Getty Images) The music world was hit hard this weekend, losing three beloved industry icons within days of each other. On Friday, DJ Nice announced the shocking death of Andre Harrell during his Club Quarantine set. On Saturday, we learned that Little Richard had succumbed to bone cancer and on Sunday, soul singer Betty Wright died at her home. READ MORE: Little Richard, Rock & Roll Hall of Famer and music icon, dies at 87 TheGrio spoke to Kelly Rowland to find out how she was processing the losses.

Raven-Symoné saved all of her ‘Cosby Show’ money

Raven-Symone in New York City. Photo by Slaven Vlasic/Getty Images for Tribeca Film Festival) Raven-Symoné started on The Cosby Show at just 3-years-old, staying on the show for three seasons until the show’s finale in 1992. Now 34, Symoné says the show provided her with a nest egg that she’s never had to use. READ MORE: Will Smith and ‘Fresh Prince’ cast pay emotional tribute to Uncle Phil on Snapchat 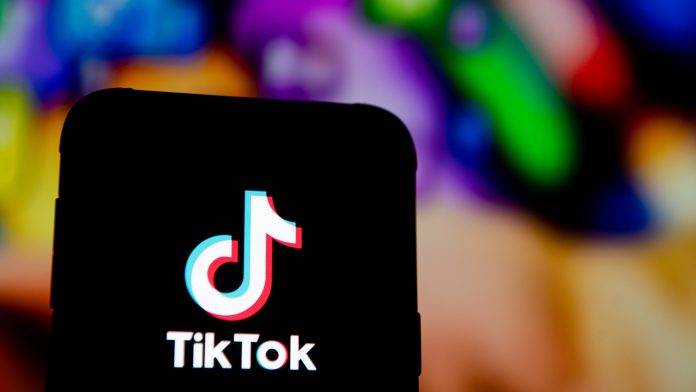 In this photo illustration a Tik Tok logo seen displayed on a smartphone. (Photo Illustration by Mateusz Slodkowski/SOPA Images/LightRocket via Getty Images) It’s no secret that TikTok has become as commonplace as the terms quarantine and social distancing during our new “normal,” but it’s a pleasant surprise to see the app’s melanin rich stars receive their flowers.

Left to right: Singers Jill Scott and Erykah Badu (Photo: Peter Larsen/Getty Images for Paramount Pictures | Steve Granitz/WireImage) Mother’s Day weekend kicked off with a battle of two legends. The “Verzuz Battles” series that has been keeping music lovers entertained during the quarantine, was the first of its kind featuring two women. Jill Scott and Erykah Badu amassed over 700,000 viewers on Saturday night, surpassing Teddy Riley and Babyface for the most viewed Instagram live battle.

Killer Mike and T.I. (Credit: PAWKids) Killer Mike and T.I. hit the Atlanta streets Wednesday afternoon to give to those in need. The two rappers teamed up with PAWkids to feed 500 Atlanta residents. They also gave $500 in cash away to several family members who have been affected by the novel coronavirus.  Michael “Killer Mike” Render and Clifford “T.I.” Harris, traveled to other households to distribute food and hygiene products. According to the Atlanta-Journal Constitution, Mercedes-Benz provided the food for the event and partner with PAWkids weekly to feed about 1,000 families.

(Getty Images) Tracee Ellis Ross is a well-respected actor, director, and executive producer but in a new interview with NET-A-PORTER’s digital title, PORTER, she opens up what it’s like to be happily single in her 40’s. Ross for years spoken out about the importance of not putting pressure on women – particularly women of color – to get married and have children unless it’s something they sincerely want and need. Now she elaborates on that stance and how she feels about being along during a global pandemic.

LeBron James (Photo by Maddie Meyer/Getty Images) It’s long been known that NBA superstar LeBron James will be the face of a forthcoming Space Jam sequel, but little else has been revealed. Until now. The Los Angeles Lakers star took to Instagram Thursday to unveil the official name of the film: Space Jam: A New Legacy. James made a boomerang post of himself wearing a cap embroidered with the title.

Tiffany Haddish appears to confirm she and Common are quarantining together

Common and Tiffany Hadish at The Apollo Theater on October 08, 2019 in New York City. (Photo by Johnny Nunez/WireImage) Comedian Tiffany Haddish and rapper Common made headlines a week ago when they went on a virtual date using the dating app Bumble. Well now, according to the Daily Mail, it seems like the two have taken the next step, as Haddish reveals that the two are social-isolating together.