Common reveals he was molested as a child in new memoir 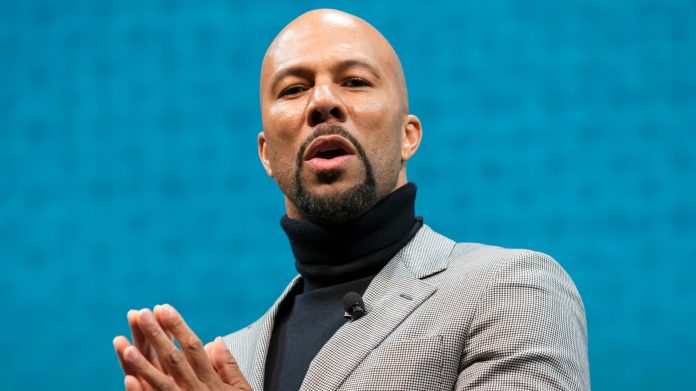 (Stephen Brashear/Getty Images) Rapper and activist Common is opening up for the first time about a painful childhood memory that actress Laura Dern recently helped him recall while working on his newly released memoir “Let Love Have the Last Word.” The Grammy and Oscar-winning artist shares a haunting memory of being molested by a family friend. It was only two years ago, while workshopping a scene from the 2018 drama feature The Tale, with his love interest, Jennifer, (Dern), that the disturbing memory suddenly came back to him, PEOPLE reports.

In The Tale, the main character, Jennifer is in a long term relationship with Martin, her live-in boyfriend portrayed by Common. Jennifer, through a serious of remembrances, unravels a molestation in her childhood and comes to terms with the memories. Common, similarly, now recalls in his when her remembered being 9 or 10-years-old on a family trip when his alleged abuse occurred.

“I was excited for a road trip I was about to take with my family. My mother; my godmother, Barbara; her son and my Godbrother Skeet; and his relative, who I’ll call Brandon,” he writes.

During a overnight stay at his aunt’s house, Common says he and Brandon had to share a bed.

“At some point I felt Brandon’s hand on me,” he writes. “I pushed him away. I don’t remember saying a whole lot besides ‘No, no, no.’”

Despite his pleads and resistance, his abuser would not stop.

“He kept saying ‘It’s okay, It’s okay,’ as he pulled down my shorts and molested me. After he stopped he kept asking me to perform it on him. I kept repeating ‘No’ and pushing him away,” the rapper writes. “I felt a deep and sudden shame for what happened.”

Common says he “buried” the traumatic moment “ as a matter of survival.”

“Maybe it’s a matter of survival—Even now, two years after that flash resurgence of memories, as I’m writing, I’m still working through all of this in myself and with my therapist,” he writes.

Common has not seen his alleged abuser in over 25 years, and he never spoke a word about the incident with him — but he has forgiven him.

“I want to be a person who helps break cycles of violence,” he writes. “This is love in action and I intend to practice it.”

Yes, you can pre-order now. Link in Bio.

“Let Love Have the Last Word” by Common  further explores deeply personal details about his childhood, his relationship with his daughter and the artist’s journey with love and therapy. The book released May 7 and is available purchase on audiobook and hardcover.